Article: FKTOY award winner Alyssa Godesky explains why you have to train for every aspect of an FKT.

(Courtney Holden wrote this piece, and has been profiling the Female Fastest Known Time Of the Year award winners.  Each woman provided their own unique perspective in their own voice for these terrific person-person conversations.  Thank you very much Courtney, and for Part 5 this month (the last), thank you Alyssa!)

Alyssa Godesky has run more than twice as many Ironmans and ultramarathons as she has spent years on the planet. Her 3-day, 16-hour, 16-minute finish on the 160-mile-long Adirondack 46 High Peaks trail earned her the #4 Female Fastest Known Time Of the Year (FKTOY) Award (she was in an exact three-way voting tie with Mikaela Osler and Kaytlyn Gerbin). The secret to her success isn’t really a secret: You have to put in the work.

Tell us a bit about how you got into running. 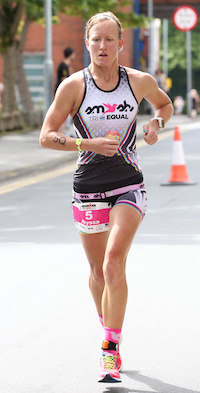 I was an athlete as a kid—soccer was my main sport—but I didn’t get recruited to play in college. I went to the Naval Academy for two years before finishing my degree at the University of Virginia. At the Naval Academy though, you have to play a sport. So I played on the club lacrosse team for a year, and then I wanted to join the Navy marathon team. To do so, you were supposed to qualify for the Boston Marathon. But the qualifier had already happened, so they said, “We have the JFK 50 Mile coming up. If you run that and you finish, then we’ll take you on the team.”

That race was three weeks away and I had never run more than 10 miles at that point. So I went out the door that day and ran 16 miles, and I thought, “OK, I’m going for it.” So I entered the race, and I finished, and I loved it.

How did that first race spin into a professional triathlon career?

I graduated from college and started running a lot of ultras. When I moved to Baltimore, I fell into the road running scene because there weren’t any trails around. Some of the people I ran with were doing triathlon, so that led me to try it. And I thought, “I can run 50 miles. Maybe I’ll just do an Ironman.”

That was how I stumbled into Ironman-distance racing, and from there I hired Hillary Biscay, Ironman champion and Ultraman world champion as my coach. Now, a decade later, she’s still my coach. We talked pretty early on about how becoming a professional triathlete could be something to work toward. So with her help and guidance, I got faster and more fit, but I eventually hit a plateau and decided if I wanted to get to that next level, I’d have to quit my corporate job. So in January of 2014, I moved back to Charlottesville and got a part-time job as a nanny and a part-time job helping a race organization put on events. I thought, “I’m going to hustle and make it happen.”

So you’re 35 now; you started running at age 20; and you have 33 Ironman finishes and 45 ultramarathon finishes under your belt. Doing a little math here … you were averaging about five major races a year! How did you do that?

I started so young, and I loved it. I think it was the gift of being naive and also being resilient. My body was able to handle the miles really well. I wasn’t getting injured and I was having a blast. I used to run five or six Ironmans in a season. Now two feels like a lot! I definitely stacked up the miles when I could.

You’ve earned two major FKTs for both the Adirondack 46 High Peaks Trail and a 3-day, 2-hr, 37-min finish on Vermont’s 273 mile Long Trail (in addition to your 5-hr, 28-min, 10-sec completion of the Wild Oak Trail). Tell us about your training process.

Both of the multi-day FKTs I set have taken over a year of planning and thinking about. I really practice every single aspect of what goes into those records—even the sleeping! I feel like I’ve practiced the act of falling asleep as quickly as I can. You have to have a level of focus where you know the task at hand, and, through training, know your body. I picture myself as a gas tank, and I want to be on “empty” when I get to the finish line. Every part of the FKT, from the physical part to even the resting part, is taken into account in that gas gauge.

Ultimately, you can’t underestimate those little aspects that go into some of the bigger records. It’s not a marathon where you can go out and do tempo workouts and really prep to know you're ready to run that distance. You never know if you’re ready to run those 100-plus-mile distances. The best thing you can do is get yourself really fit, but dialing in those little details (like sleep) is where I think the difference gets made when you’re looking at records. And that opens more doors because you realize it’s not all about physical ability. 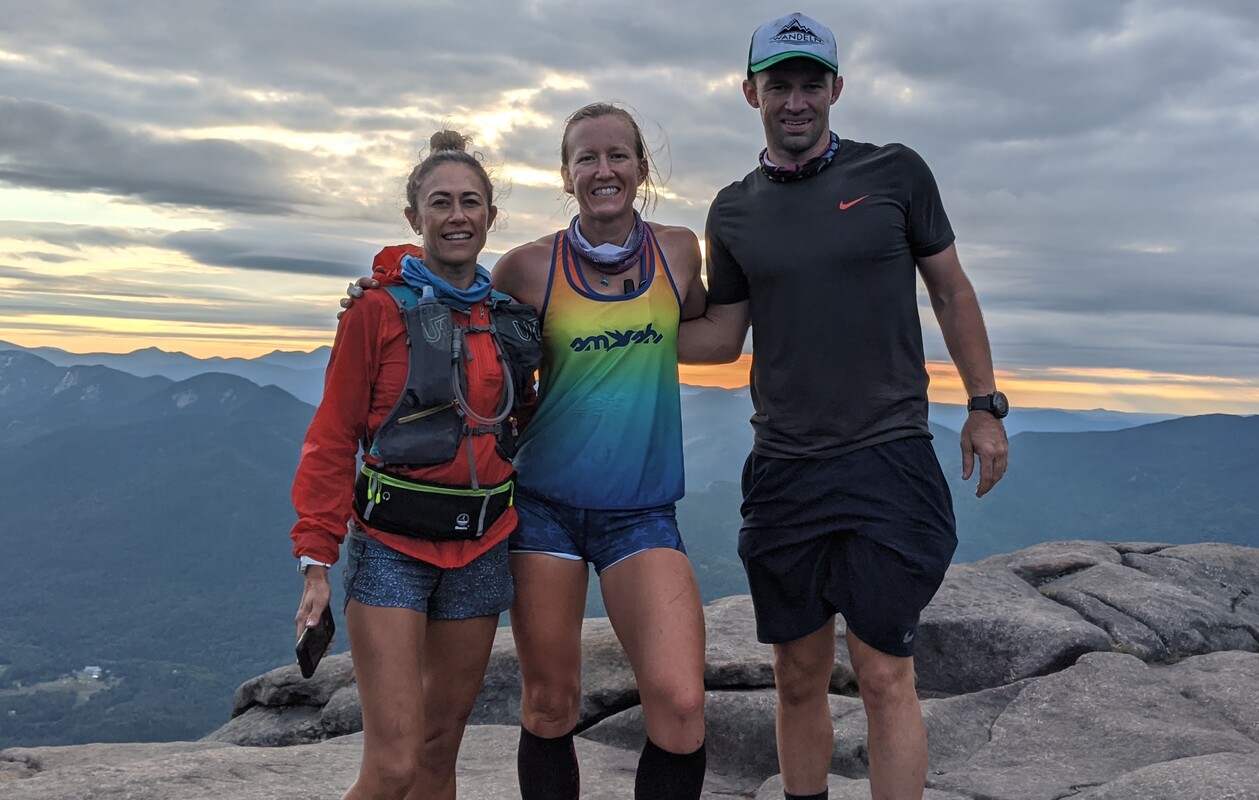 Can you talk a little about the overlap between triathlon and FKTs?

When I take a step back and look at the bigger picture, it’s a no-brainer to include both triathlon and FKTs.

I’ve found that, for me, FKTs are more intellectually challenging than racing Ironman. With Ironmans, the course is set out, and things are simple—you know you are going to get water every mile on the run! It’s a very physical challenge, especially to race fast, but it also became a no-brainer for me. Going for FKTs really became a way I could engage my brain with route-planning and logistics and figuring all of that out—in addition to the physical feat of it. That said, my Ironman training has been invaluable to building a solid base without having to put in too much pounding on my legs with only running. Having three sports to choose from as I train for really long days when I go for an FKT is a great thing too.

What do you hope your running legacy will be?

I hope that when people look at what I’ve done, they are able to see that my running career hasn’t been about pure talent. Some of that’s there, but it’s really about the fact that if you work really hard and put your mind to something, you can get there.

Alyssa Godesky (our 4th ever podcast!)

Read more in this series on the 2020 Female FKTOY winners:

Kaitlyn Gerbin: The trail community was the start, and the overall record is the one to beat 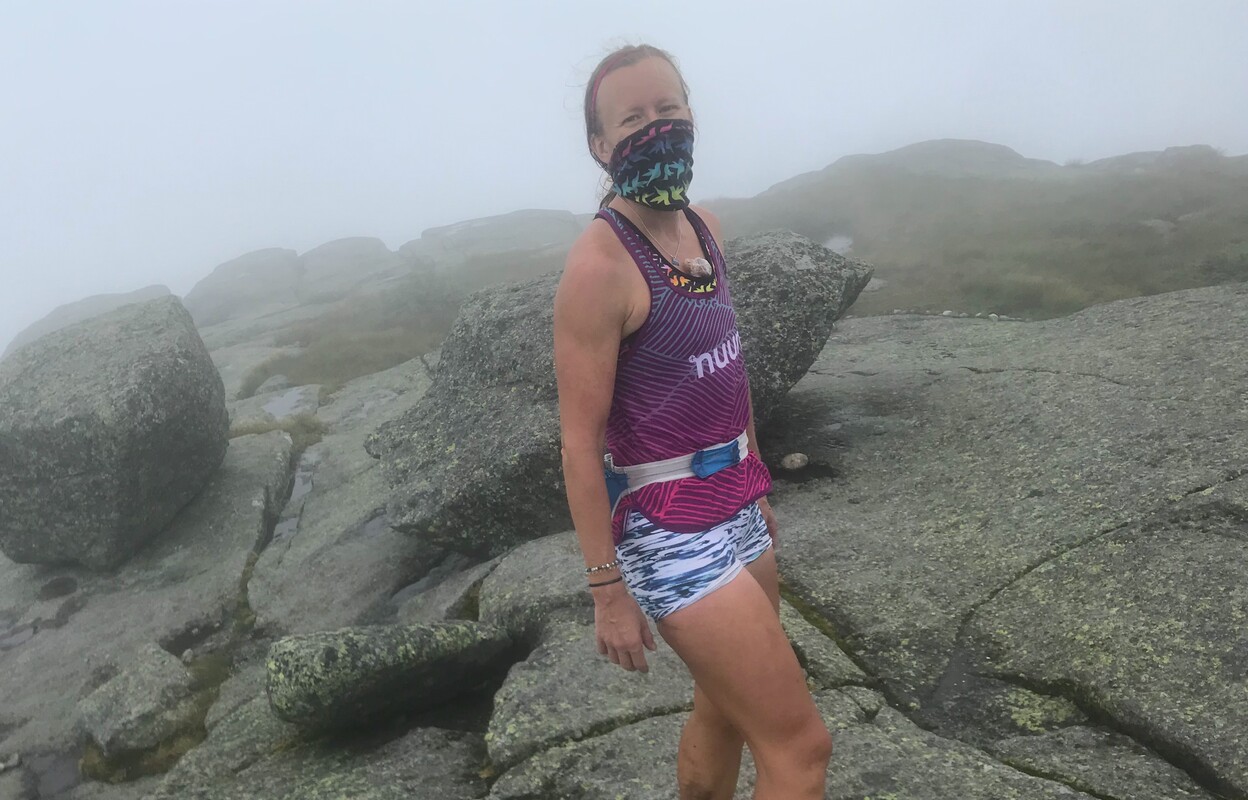