The Wiouwash State Trail is a mostly flat, gravel and dirt trail built on a former railroad bed and has been converted from "rails to trails". The trail is named after the four counties it runs through: Winnebago, Outagamie, Waupaca, and Shawano. The southern trail section covers nearly 23 miles from the city of Hortonville in the north to Oshkosh in the south. The trail passes through many farm fields, tall grass prairies, several wet lands/marshes, and offers scenic views of Lake Butte des Mortes and the Fox River, ending near the University of Wisconsin-Oshkosh campus. Each season brings about new and beautiful views, and the trail is accessible year-round. It's not uncommon to see a variety of waterfowl, as well as other wildlife along the route; including deer, turkeys, and pelicans (along Lake Butte des Mortes).

A good overview map of the route: http://wibikeroutes.net/Kettle_Moraine_files/Trestle-Friendship%20&%20Wiouwash%20Trails.gif 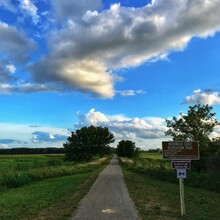 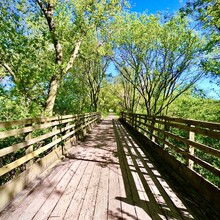 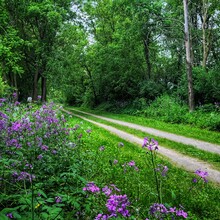 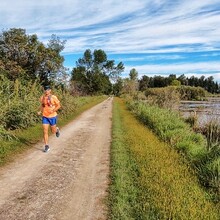 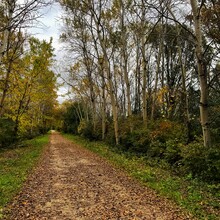 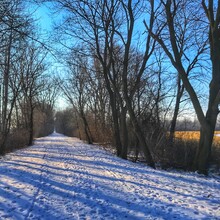 I hope to try beating the FTK for this route on Saturday, October 1, 2022.