The Brown Mountain Loop is a highly prized loop for runners and mountain bikers alike!  Because of the pristine mountain lakes, views of the prominent Mt. Mcloughlin, and striking trails cutting through eroded lava fields, some from around the State of Oregon claim the section of trail between Lake of the Woods and Fish Lake are among their favorite miles of trail anywhere.  Lake of the Woods is a wonderful get away, complete with a resort and cabins.

Upon doing research with local running groups Rogue Valley Runners and Linkville Lopers, it very much seems that the the "Standard Loop" runners have contested is the 15.9 mile loop utilizing the PCT on the West side of Brown Mountain. This loop also seems to have the aesthetic value of circumnavigating closer to Brown Mountain, and allowing runners a chance to run a section of the PCT.

As this is a loop the prospective FKT attempter may choose to start/finish where ever they see fit, so long as they finish where they start and stay on the correct route. Which direction the loop is run, is also up to the discretion of the prospective attempter. In the past runners have most often started and finished from High Lakes Trail West Access where the High Lakes Trail and Brown Mountain Trail intersect on the West side of the mountain.  But there is access from Fish Lake or from the south as well.

After scanning through Strava segments going in both directions around the loop the following could be found.

For the multi-sport FKT enthusiast, a "Brown Mountain Duathlon" utilizing the longer mountain bike loop followed by running the standard runners loop could be simply and aesthetically fashioned.

Local Club: Klamath Trails Alliance - Donate to support more trails like this and the maintenance of this awesome loop! 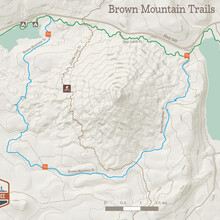 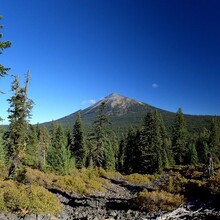 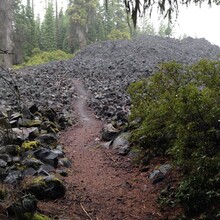 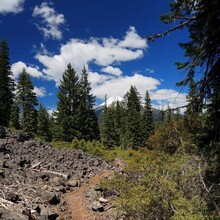 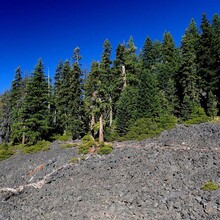 Shout-out to Amber Singh for going out and crushing this route with Kedric Osborne on October 31, 2021 in a blazing time of 2:32:49!