Isle of Harty trail is to be found in the far east of the Isle of Sheppy near Kent in England. Whilst there are plans to make a trail route around the entire island this is a great trail to get to know about this wild island.

The route may be flat but the trails are interesting and rugged. You have stunning vistas of the sea and are always surrounded by unspoilt nature.

The trail itself starts in Leysdown a small but lively seaside resort, with a lovely sand and shell beach. The start is the Welcome to Leysdown sign.  At the beginning of the 20th century the American Wright Brothers, pioneers of early flight, made the Isle of Sheppey a focal point of British aviation. They commissioned the Short brothers, who had already set up a factory on land between Leysdown and Shellness, to build aeroplanes to fly at Eastchurch. Nearby Muswell Manor Inn was the headquarters for the early aviators and subsequently became the base for the Royal Aero Club of Great Britain. The first pilot’s licence was issued here. Today the Grade II listed building is a popular holiday centre.

Halfway around the trail you pass the 900 year old Harty Church. Inside is the Flemish Kist (a 14th century wooden chest), carved with two jousting knights and brought in on one of these tides. Close by is The Ferry House Inn near to the Ferry Landing where, until 1947, a regular ferry crossed to the mainland. For unrivalled wildlife visit the internationally important Elmley Marshes adjoining the estuary.

There are two out & back sections that take you to two well sign posted areas of natural beauty - historically they are amazing.

Great route - very rugged which you don't get in many routes down in this part near London. 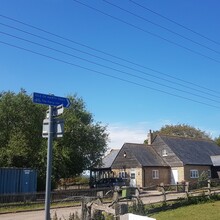 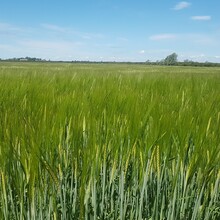 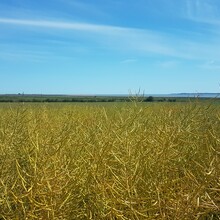 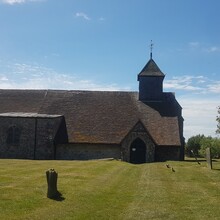 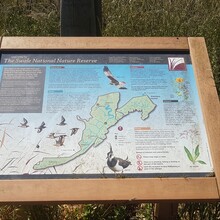