Podcast: Episode 148: Andrew Hamilton: the "King of the 14ers" knocks down another massive project! 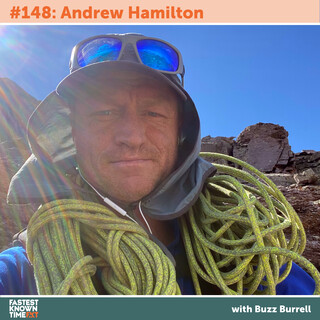 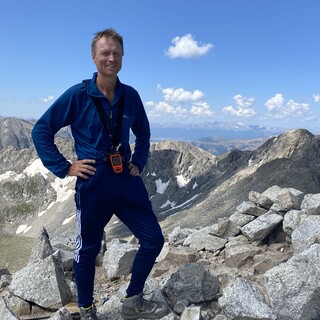 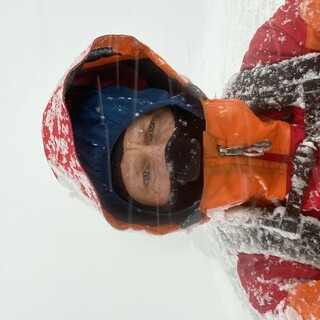 He's done it again!  After 5 YEARS of planning, Andrew climbed the hundred highest summits in Colorado in a huge non-stop effort of 22 days.  And established two new Routes and FKTs within that effort along the way.  And he claims he's not that fit ...

"I don't know what it is about me; I can just suffer and keep going."

No argument there!  He tells great stories of being alone at night in the high mountains, and also discuss the history of the Colorado 14ers, from "Rick and Ricky" to "Cavedog".  This is a wonderful, lively, edifying conversation you will enjoy.

"Someone analyzed all these attempts - Rick and Ricky were 1 full day faster than me running, but I was 4 days faster than them on the logistics!  Cavedog and I were the same, so I beat his time only by taking a more efficient line (a longer and bolder linkup) in the Elks."

"Cavedog redefined the game, and we all follow that.  He realized it wasn't about speed (note: Rick Trujillo won the Pikes Peak Marathon 6 times and the HR100 once!) - the defining factor became efficiency during the entire effort."

What about technical proficiency?  Rick and Ricky were great runners, but not mountaineers.

"It's a style thing.  You have to do the Blanca - Little Bear Traverse.  These are the things that excite me."

Listen and find out the two new routes Andrew considers to be on par with the famous Nolan's 14, the Weminuche Wipeout and the Centennial Elks Traverse ("Sorry, I couldn't think of a cool name for that one").  And his closing advise?

"The battle plan never lasts longer than the first contact with the enemy."

His Trip Report is a very thorough and thoughtful read.

This is the summit-to-summit thread on 14ers.com, with over 400 Comments.

"Great story, great writing. I still cannot wrap my head around how this is even possible." - susanjoypaul