This route begins from the Sol Duc Falls trailhead in the heart of the Olympic National Park, just southwest of Lake Crescent. Beginning in dense, old growth Douglas Fir forest, the route starts with the Sol Duc Nature Trail and follows the Deer Lake Trail to the east. Careening past powerful streams and waterfalls as it climbs into the Deer Lake basin, the route then diverges to the High Divide Trail as it climbs toward Bogachiel Peak. Once reaching the saddle, the route follows the ridgeline for miles with breathtaking views of Mount Olympus to the east and the Seven Lakes Basin and lush alpine meadows to the west. Continuing along the High Divide Trail and moving off the ridgeline, the path brings you to Heart Lake before descdending yet again into dense foliage and abundant meadows of wildflowers via the Sol Duc River Trail. With the namesake river right alongside, the trail finally reconvenes with the Sol Duc Falls Nature Trail, returning to the commencement of this amazing route.

This route has it all - from winding trails through ancient vegetation to scree and talus fields that cruise along the ridgeline, throughout the entirety of the High Divide Loop you are greeted with near solitude and silence, save for the sublime sounds of nature. 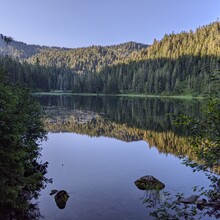 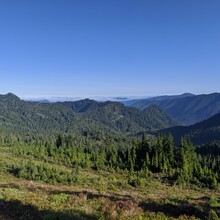 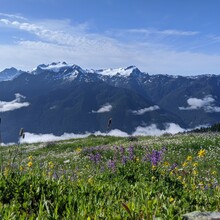 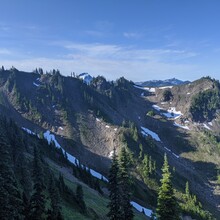 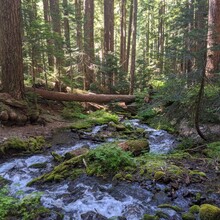 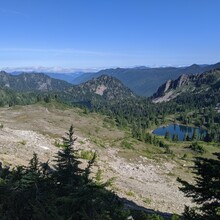 Planning on running this on 9/5, starting out mega early since we will be camping nearby. Unsupported solo. I'll post up gps later. I figure that this loop sees much more traffic than the single entry here indicates... its a popular route - I think the FKT per this site is within reach, but I doubt it'll actually be the FKT!

Wow what a beautiful loop. Came up a bit short on what was the FKT by the time I got there. 12 minutes off, which is probably not waved away by my nav error and double calf inducing crampfest upon a tumble in the sol duc valley. Noted that ~1/4 of the (minimal) traffic I came across were runners. Go get it! https://www.strava.com/activities/4016610402

Gave it a try on 8/21/21 but an FKT was not in the cards for me. Did enjoy seeing 1 bear snacking on huckleberries next to the trail and 5 grouse on the ridge. Beautiful loop, especially with early morning light.